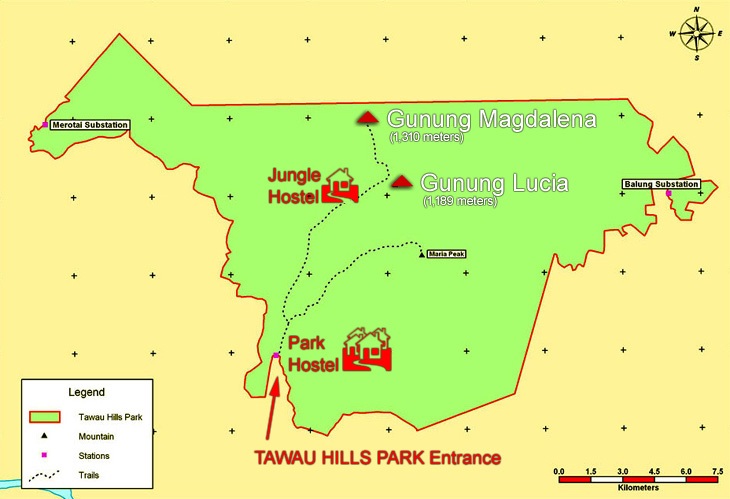 Approval was given in '81
Daily Express Published on: Sunday, January 08, 2012
www.dailyexpress.com.my/news

It was found that the activity had encroached into 2.5 acres of Trig Reserve land and a notice to stop work was issued.

Kota Kinabalu: Land and Survey Department Director Datuk Osman Jamal clarified that quarrying activity at the Sin On Hill in Tawau was allowed in 1981, only after getting approval from the relevant agencies and the then Chief Minister.

However, since the license for the said quarry had expired in December 2011, it was not being considered for renewal due to breach of conditions by the developer concerned.

It was found that the activity had encroached into 2.5 acres of Trig Reserve land and a notice to stop work was issued.

Although the vicinity was now private property, nature lovers and concerned residents were alarmed that the quarrying would cause the disappearance of the nearest hill which offered an unique vantage view of Tawau township.

Kota Kinabalu: A quarry operator at Sin On Hill has allegedly stepped up blasting there from once or twice weekly to every alternate day, said Gary Yap.

"Between 9.30am-10am on Tuesday, explosions could be heard even a kilometre away," he said.

"We could see the rocks flying high and far while the nearest residents of Taman Capital could feel the earth shaking like an earth tremor," he said.

Besides the blasting, several acres of trig reserve land had allegedly been planted with oil palm.

Traditionally, where the Government had designated a ridge top site for a trig station, it usually also sets aside up to five acres of government trig reserve land around the trig station.

However, unconfirmed reports have it that the Land and Survey Department had issued a stop work notice to the quarry operator.

The report has yet to be verified though.

Meanwhile, a spokesman for Hap Seng denied it has anything to do with the blasting or is linked to the quarry firm in any way.

Tawau: Tawau folks are uneasy that their famed Sin On Hill - the spectacular jogging equivalent of KK's Bukit Padang park - is on the verge of being wiped out of sight by a quarry company which is about to deliver the last blow.

And they are helpless that none of their elected representatives seemed to notice, much less do anything about it.

"The place is an amazing exercise paradise for us. the air is clean, the wind fresh and the panaromic view of Tawau and Cowie Bay inspires vision," said Gary Yap. "If you have visitors, this is one place to take them to catch a bird's eye view of Tawau."

"No less than 300 joggers make their scramble up and down this wonderful hill for their weekly pump up exercise each Sunday.

Even on week days, the count of joggers easily exceed 100 but half the hill has already been torn down leaving a thin ridge top where excavators are scraping rocks away to finish off the job.

It looks as if they are going to flatten the whole hill," said Gary who is mounting a signature campaign to rally the strength of civil society to make their voice count. The quarry is operated by Onika Quarry.

"Unless otherwise expressly provided in any title, the entire property in the control of the waters of all rivers, creeks, streams and water courses and of the seashore below high water mark is and shall be vested solely in the Government."

Section 26 (2) reads: "The Government also has power to reserve such portions of land as maybe deemed advisable along the banks of rivers, streams or along the ridges of hills.

Such reservations shall be shown on all the documents of title."

So, when it comes to hills and rivers inside private land, the Sabah Land Ordinance says the State Government not only has power of control of rivers but also has power to reserve portions of land as required along banks of rivers big and small, or along the ridges of hills.

The hundreds of affected joggers may have the recourse to the rights given them in State land law to safeguard a natural resource deemed valuable to them.

The hike begins with an easy trail of concrete road which eventually ‘disappear' and make way for rocky ground. The uphill walk is fairly challenging, particularly for beginners. Watch out for rocks. Some parts get steeper and more demanding, but the beautiful natural surroundings make it all worthwhile.

Along the way there is so much to marvel at, such as South China Sea at the distance and the vast Oil Palm Plantation.
After hiking for about an hour (depending on your fitness level), you will arrive at the tip of the hill.

Your ‘struggle' to the top will be worthwhile once you get a glimpse of the breathtaking 360 degree view of Tawau from this high up. The stunning scenery spans the town centre, the picturesque coastline and its surrounding areas.
The trek down the hill take a shorter time, but be warned that the trail becomes muddy and slippery during the rainy season, so exercise extra caution.

Just be sure to dress comfortably, drink plenty of fluids and get ready to soak in the majesty of the lush greenery along the trails of Lim Man Kui Quarry Hill.

Getting There
A taxi ride from Tawau town will cost around RM20.00 (one way). It is recommended that you make returns arrangement with your taxi driver. Public transport is not readily available in this area.

Contact
If you prefer to joint a hiking group, you can contact :
斗湖客家公會徒步組. Tawau Hakka Hash House Harriers Run